Before the Tiida, the Nissan March 2022 was Nissan’s most iconic small hatchback in Taiwan, although only the K11 and K13 generations were introduced in the past and will leave the Taiwanese market in 2020, the March’s European version, the Micra, is still available, as is the more masculine K14 generation. Now, in the face of a wave of electrification, Nissan has announced that it will use the CMF B-EV electric platform of the Renault-Nissan alliance as the basis for the current Mirca successor, with a preview of the March’s successor featuring playful round lights!

Once popular for its “March is not just a March!” and its playful, rounded appearance, the March is not only a popular small hatchback from Nissan, but the K11 has also gone 14 years without a major facelift in Taiwan. Although the K13 version was introduced in 2011, after eight years of sales, it will leave the Taiwanese market in 2020. Whether it is the K11 or K13 generation, the March has always followed an “evergreen” sales strategy in the Taiwanese market, not following the original manufacturer’s update strategy and simply satisfying the Taiwanese market as a priority. 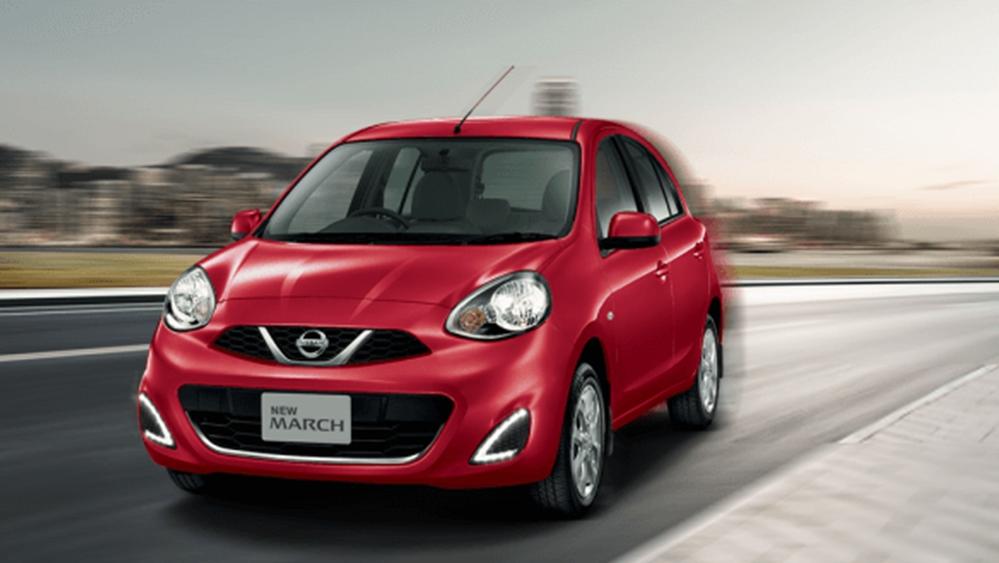 The main change for the 2022 March is the introduction of VDC and TCS as standard equipment, complementing the six SRS airbags, ABS, EBD and BAS as standard equipment from the 2021 model year onwards. Inside, the car has a new D-Shape flat-bottom three-spoke steering wheel and a 6.75-inch multimedia touchscreen unit in the centre console, which supports NissanConnect. The Mexican-spec March is powered by a 1.6-litre inline 4-cylinder natural gasoline engine, HR16DE, which produces 106hp at 5,600rpm and 142.4Nm of peak torque at 4,000rpm, and is mated to a 4-speed automatic or 5-speed manual gearbox.

As the current generation of the Micra approaches its sixth year of sales, Nissan has for the first time released its plans for the Micra’s successor, saying that it will use the CMF B-EV platform developed by the Renault-Nissan alliance, the B-Segment electric vehicle platform, as the basis for the Micra’s successor, which will be transformed directly into a small electric vehicle. Renault’s production line in France will be used for production. However, Nissan has said that the actual ‘name’ will be announced at a later date, so perhaps Micra’s successor will not carry the Mirca name.

However, the preview images that Nissan has released so far show a return to the rounded design of the Micra. In particular, the round light-guiding lamps that surround the headlamps have some elements of the K12 and K13 generation Micra, so it is probably safe to assume that the new generation of Nissan’s small electric car, the successor to the Micra, will return to the market with the familiar elements of the March.

What is the difference between good and bad vapers? Dinner Lady Vape Liquid

What Are Liquid Funds?

How to properly pack your clothes when moving house