The Toyota Voxy/Noah has finally been launched in Japan. The new vehicle is built with the new TNGA GA-C and comes in two versions: Family and Sport. A new Japanese MPV! The new Toyota Voxy 2022 and Noah are both essentially the same, but one is family-oriented and the other is sporty (just like the Alphard and Vellfire). The Noah has a more sophisticated look, with LED headlamps and an oversized tank guard, but the matte silver trim gives the car a non-obtrusive, elegant look. The Voxy, on the other hand, has a strong Vellfire feel to it, starting with the separate headlamp clusters at the front, the glossy black piano, and the mesh grille, which looks very special. 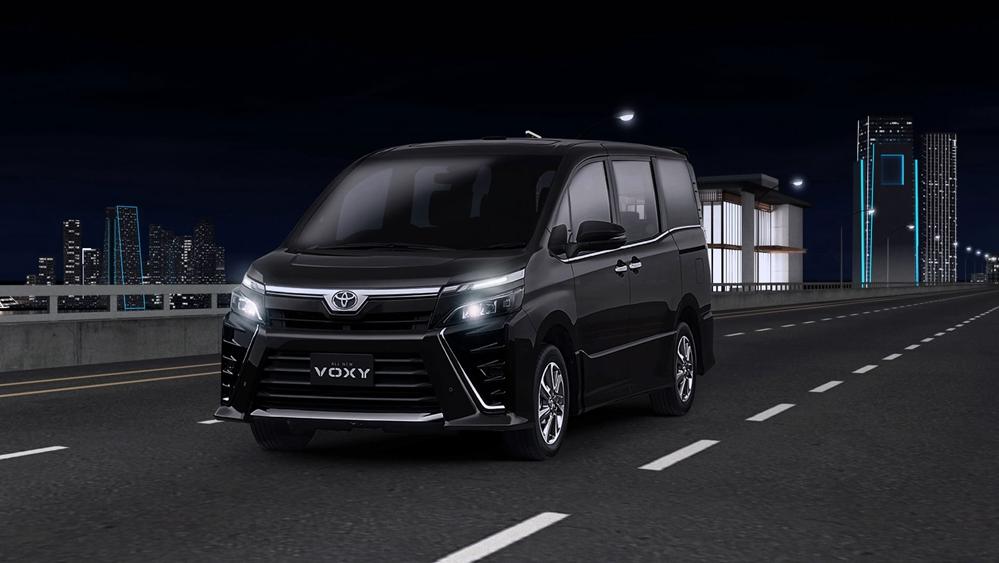 At the rear, the Noah has a conventional design with 3D LED stripes, while the Voxy test has blacked-out tail lights to emphasise its sporty feel! Which design style do you prefer?

Both models are built on the TNGA GA-C platform and they are the first GA-C MPVs with a body size of 4,695 mm X 1,730 mm X 1,895 mm and a wheelbase of 2,850 mm. In addition, the ground clearance has been lowered so that passengers can get in and out of the car more easily.

The main highlights are the large screen, more storage space and better ergonomics. For better practicality the new car is also designed with double electric sliding doors, not only for easy opening in tight spaces, but also for a larger opening area, making it easier for passengers to enter. As for the seating layout, there is a choice of 6 (Noah Exclusive/Welfare Vehicle), 7 and 8 seats.

The two new models are currently on sale in Japan, but it is also worth mentioning that the previous generation was actually introduced to the Indonesian market, and with TNGA production now well established in South East Asia, it is believed that there is a high probability of these two cars entering the South East Asian market in the future.

Looking For A Car Rental In Dubai Mall? Connect With Kingdom Rent A Car!

Why Placement Cards Are A Good Idea For A Business Dinner

The Cause Of Knee Pain Is Unknown.